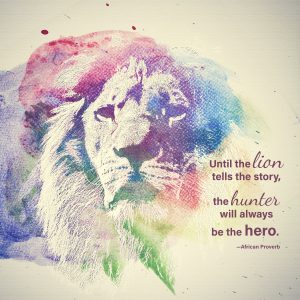 In 1875 the ‘father’ of Black History Month, Carter G. Woodson, was born in Virginia to illiterate parents who had previously been enslaved. Woodson’s primary school attendance was irregular because every family member’s labor was required to eke out a living. He mastered most school subjects through self-instruction. Carter Woodson was 20 years of age before he was able to attend high school full time. A determined learner, he completed his high school course work in two years. Afterward, he attended Barea College, the University of Chicago, and, in 1912, completed a Ph.D. in history at Harvard University. Dr. Woodson became a dues-paying member of the American Historical Association, but he was not permitted to attend AHA conferences. Convinced that his people’s role in American history and the history of other cultures was being ignored or misrepresented among scholars, Dr. Woodson founded the Association for the Study of Negro Life and History. Its purpose was to research and promote achievements by Black Americans and other peoples of African descent. In 1926, Woodson’s association promoted the first Negro History Week, the forerunner of Black History Month.

Thanks in part to the civil rights movement and a growing sense of Black identity during the sixties, on many college campuses Negro History Week evolved into a full month devoted to recognizing important people and events in the history of the African diaspora. In 1969, President Gerald Ford officially recognized February as Black History Month. He urged the American public to “seize the opportunity to honor the too-often neglected accomplishments of Black Americans in every area of endeavor throughout our history.”*

Some point to the 2008 election of a Black president as proof that America has become a post-racial society and therefore think that Black History Month is no longer needed nor relevant. They feel Black history is American history and, as such, is already integrated into America’s history books. Unfortunately, false narratives can appear in our history books. A textbook recently used in Texas schools described the trans-Atlantic slave trade as “the immigration of millions of workers from Africa to the southern United States to work on agricultural plantations.” Many were taught, and mistakenly believe, that only a few people owned slaves, that slavery was restricted to the South, and there were only a few cruel slave owners. Those statements are not accurate descriptions of slavery in the United States nor how, on the backs of slaves, America moved from a colonial economy to an industrial power.

An African proverb says, “Until the lion tells the story, the hunter will always be the hero.” In today’s political and social climate where, even among educated people, ‘alternative facts’ are accepted as true, celebrating and sharing the truth about Black Americans’ struggles and accomplishments have never been more critical. Knowledge of the American Civil Rights Movement is essential to an accurate understanding of U.S. history. Black Americans have contributed to every aspect of American culture, yet Black American history is still largely unknown and underappreciated. The uplifting film “Hidden Figures” is an example of just one of many stories of Black American scientists and inventors of whom we are ignorant. Many appreciate the contributions of Black Americans to music and athletics. Still, they do not realize that Black Americans were intimately involved in the founding, development, and evolution of America’s political, values, and economic systems. Black History Month might serve as an incentive to filling in those knowledge gaps.

It is important to recognize and celebrate Black accomplishments and contributions to American society and culture. It is also important to acknowledge that systemic racism and a residual sense of White superiority still exist in our country. Progress has been made toward rectifying slavery and Jim Crow’s wrongs, yet much work remains to be done. Black History Month is a time to salute Black excellence; let us also make it a time to commit to working with Black sisters and brothers to create a genuinely post-racial nation. I yearn for the day Black History Month becomes irrelevant.

Joyce Dejoie is the Justice, Peace, and Racial Equity member-at-large in Presbyterian Women (PW) of the Northeast Georgia Presbytery and is a PW member at Belle Terrace Church in Augusta, GA.